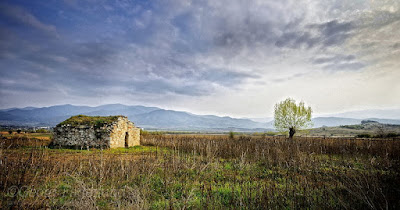 "That's cheating!", said one of my friends when I showed him how fast you can make an image look better with only a couple of tweaks on your smartphone. So is it really cheating to alter an image after you have pressed the shutter on your camera? First, it's so much easier if you can make as much as possible to your image already when pressing the shutter release on your camera. The lighting, the cropping... less work afterwards. All this is even more crucial if you are shooting in jpg-format. Many serious photographers though shoot in RAW, and that means that there is usually at least one step you have to take afterwards, that's converting the image to jpg. I dug a little bit in my archives and found this image of an old 16th century church called the church of holy George. How did the original image look like, almost straight out of camera, with only conversion to jpg and watermark? Like this... 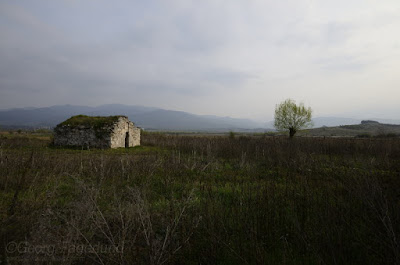 A bit dark and dull. The light, when I shot the image was pretty nice. Not too moody, but soft and beautiful. What I tried, was to expose for the sky so that it would have some detail, and that's why the image is a bit under exposed. If I would be a purist then I probably would leave my image like this. But then on the other hand it would look boring. Definitely wouldn't enjoy showing this image around. When seeing this unprocessed image, would you like to visit the actual place? I wouldn't. So my next step would be to open up the details a little. 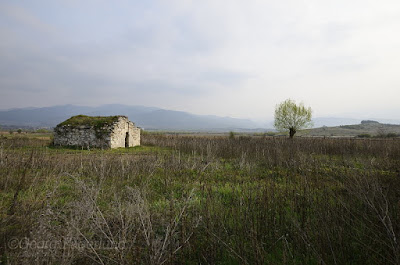 A little bit better, right? Used a masking brush in Nikon capture NX2, first for the sky, and later for the ground. Just simple tweaks with the levels and curves tool and the job is pretty much done. This image I probably might even show to people. A documentary kind of image, but better than the original. But then I might want to be a little more artsy, and that's where the filters come handy. After converting the image to jpg, I opened it in ON1 perfect effects and played a bit with all kinds of presets and filters. The final image is maybe not true to the lighting conditions when the image was shot, but if someone would show me this type of an image, I would be ready to go to that place right away for a couple of camera clicks. 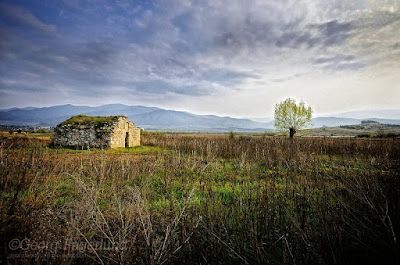 So is it cheating if you do some post processing on you images? My answer is no, but who knows, maybe you have a different opinion and you have the right to it.
Posted by Georg Fagerlund at 11:32 AM No comments:

Portrait shoot, and a couple of lessons learned

Asked today a friend of mine if he'd like to be a model for a short photo session, and luckily he had the time and agreed, despite his busy student schedule. Because it was pretty late afternoon, and the sun was setting we headed to an abandoned hotel construction nearby, for the shoot. Cool place. Never been inside so my first lesson was, good to scout the place were you will be shooting before hand, that way it will be easier and faster to make the images when you know where to pose your model. Second lesson for me was that when you are shooting a newbie model (I'm pretty much a newbie too, in shooting people), it's crucial to know something about guiding the model, something which I will be trying to learn during the coming months. Here's a couple of photos from the shoot. 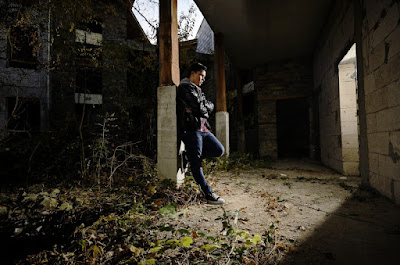 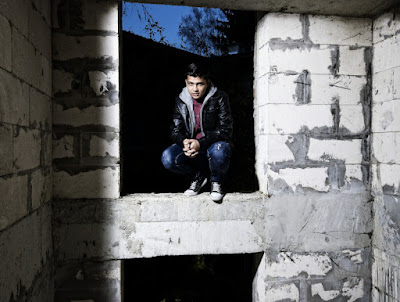 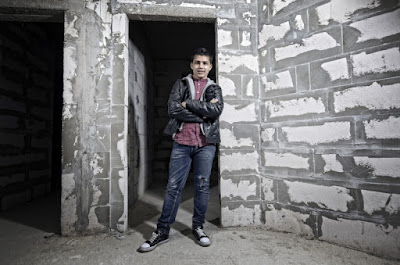 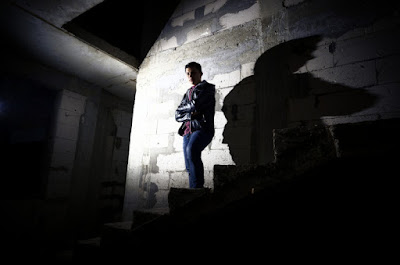 Posted by Georg Fagerlund at 11:41 AM No comments:

I don't know if you've ever had this experience, when someone tells you about this just sooooo extremely cool and awesome place were you just have to go. Then you go there, full of expectation, waiting to see, to live, something mind blowing, and... Blaah! You just felt disappointed. I've experienced it a couple of times. No, it's not that the places have been bad, it's just that we people have all kinds of tastes, I like this and you like the other thing, and she... so on, and so on... The thing is that nowadays, when someone tells me about a great place and uses a lot of superlatives when describing the destination , I'm a bit of a skeptic. I try not to have too many expectations if I decide to go there. You know, a pessimist won't be disappointed, right? Then an exception, Belogradchik. A friend of ours told about this cool rocky place a couple of years ago. Two weeks ago we finally decided to visit the place. My expectations? A couple of big rocks and that's it . What an awesome, cool place! If you've never been there, you just have to go there. The couple of hours we spent there were just too little to fully explore the 90 km2 of interesting and outstanding rocky landscapes, so I hope that next time we will have more time. So... If you are moving around the northwestern part of Bulgaria, don't miss Belogradchik. But remember, this is just my opinion. 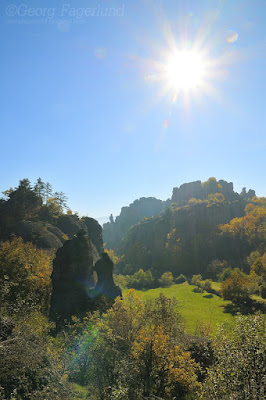 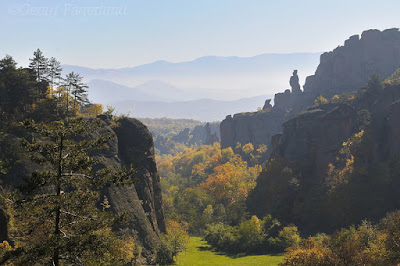 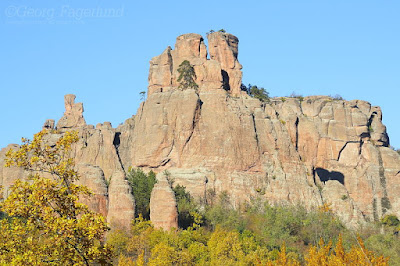 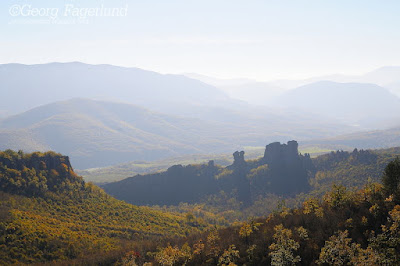 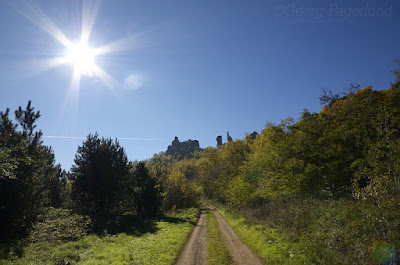 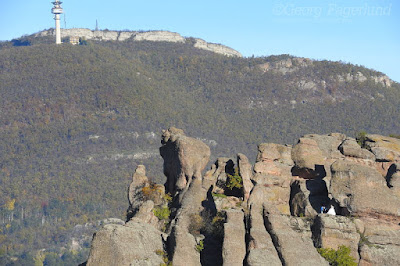 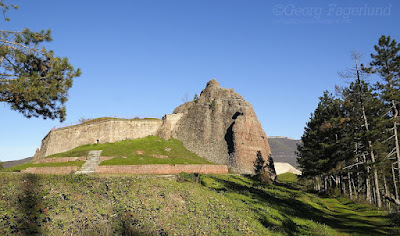 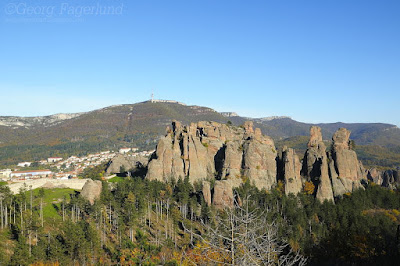 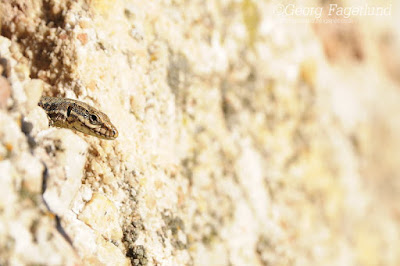 Posted by Georg Fagerlund at 12:18 PM No comments:

I don't know why old and abandoned buildings are so cool. Today we entered one, just to make a few photos and it was awesome. The light wasn't maybe the best, actually it was very harsh, so it was a bit of a struggle to make any decent images. Not that an old building wouldn't be cool just as it is, but I just think that adding a person in to the surroundings makes an abandoned place look even cooler. Didn't have a model with me, so I decided to use ugly me instead. The good thing is that I don't need to care about filling model releases and such. Maybe next time when I return, and I will, I will take a model with me. 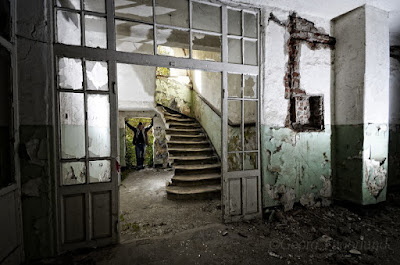 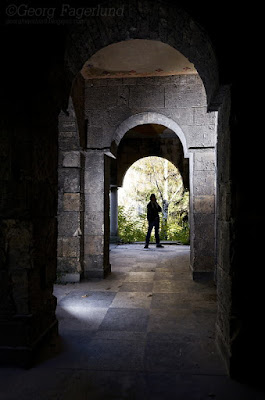 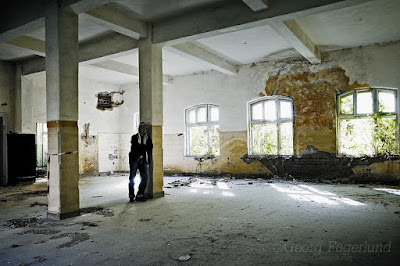 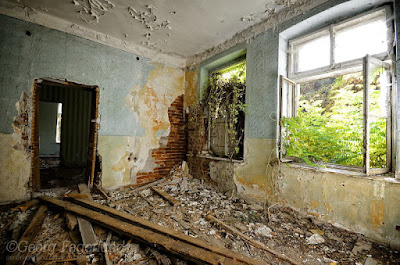 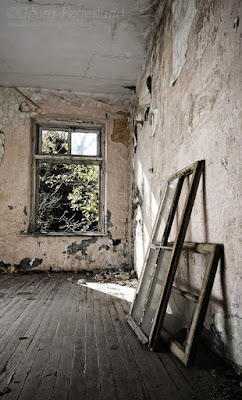 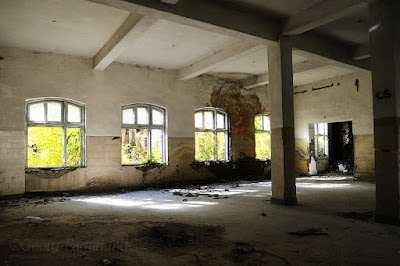 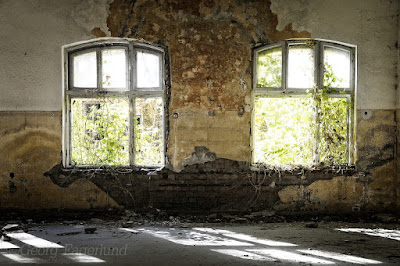 Posted by Georg Fagerlund at 7:08 AM No comments: