When I started photography for more than ten years ago, I was kind of a purist, only straight out from the camera images would do. As time went by I understood that small tweaks in post might lift up the image a bit, so I started to use regularly software to enhance my images. Just a little contrast and saturation tweaks, nothing major. Then I got my first serious tool, Nikon Capture NX, and I learned to use curves, brush tool etc. Eventually there came an update, Capture NX2, which was even better. All of this, only to make images a thad better, not just giving the camera the last word in how my images should look. I still think that the best way to shoot is to make the image ready in camera as far as possible. But there is only so much you can accomplish with hardware, and to be honest, I love to play with images on computer. It's just wonderful to see how much you can do to an image afterwards. Sometimes I have a vision before I press the camera shutter release and I'll process my image according this previsualization , but sometimes I just play around with software, testing and trying what I like. Lately a big help has been ON1 Effects 10, which I use mainly for portraits and urbex images, but sometimes for landscapes and other. It's just amazing what those ready to go filters can do to my images. I've come long way, from being happy with images straight out of camera, to using filter software to enhance my images. During these years I've had a few attempts even in image manipulation, or what I guess people would call composites. For example, from time to time I've had a situation when a person is missing from a group shot, and I did have to shoot him separately and paste the person in to the group shot in post. For these purposes I've used a program called GIMP. A wonderful tool (and it's free!), but a bit difficult to use IMHO. So just to make things more interesting and hopefully easier when it comes to manipulating images, a couple days ago I acquired a software called Affinity Photo. My first task was to finish an image, or five to be precise, I made in October, a simple small family portrait. The images were made with one speedlight and a snoot. All subjects were sat on a chair and shot separately. The challenge was to stitch them all in to one image. I did one version on a laptop and Gimp, but the results where not as good as I wanted, so I decided I'll wait to be back at my desktop computer. Gimp is good, but for my skill level it just took too much time to figure out how to get all the tools to work precisely. My decision was to give the project a break. Yesterday I was back in business, and this time with Affinity photo. It took I while to figure it out, but with the help of some video tutorials I finally manged to "glue" the images together. This project just fed my appetite, so maybe in the future you'll see some more composites, realistic or unrealistic. 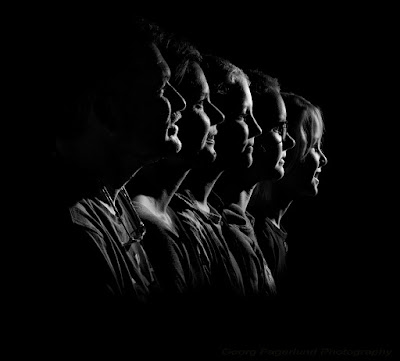 Posted by Georg Fagerlund at 9:09 AM No comments:

Felt that I need a portrait shoot yesterday, so I asked my spouse if she could model for me. You really don't need much for a portrait shoot, but I wanted to do a bit of a fantasy / steampunk kind of a shoot. An old cap that I'm still using sometimes, funny welding glasses, a scarf and then of course some extra props like an axe, white globe, old keys etc. and there you go, your model has been transformed to the hero you need for your shoot.
For lighting I  used mainly one flashgun from the camera right, shot through a softbox, and a white reflector camera left to fill in a little. In a couple of images we had a flashgun inside the globe as well. Here's the results. You can make up the stiry by your self. Enjoy... 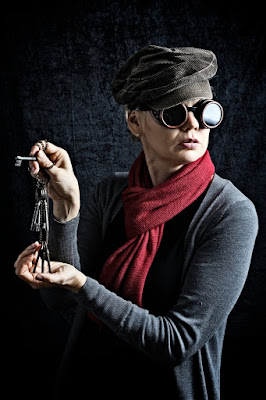 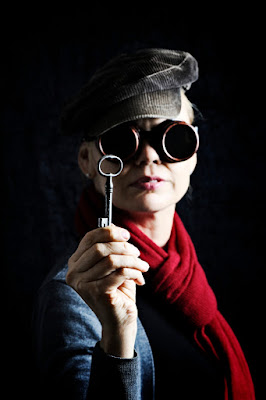 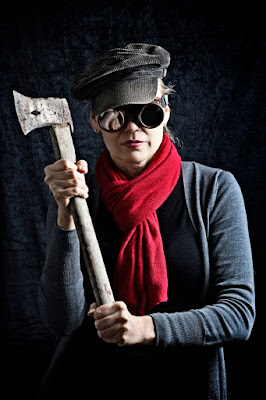 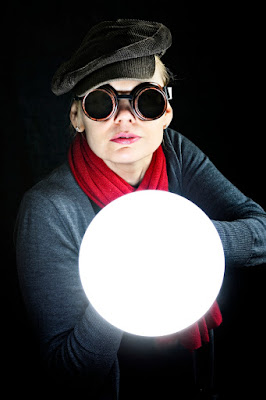 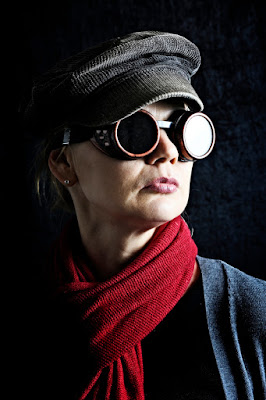 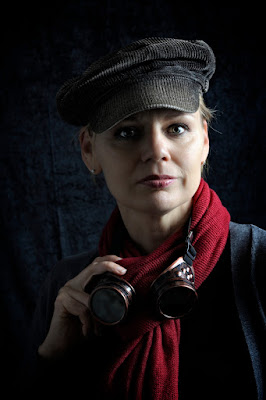 Posted by Georg Fagerlund at 9:48 AM No comments: