Eye to eye with an adder

I was almost disappointed, until today. Whole weekend and not a single snake, not even a grass snake. Then finally under a pile of logs, an adder was basking in the midday sun. Even if people are afraid of snakes, it's so obvious that these reptiles fear us more. Made a couple of pics from distance, but of course when I got closer, it slithered under the logs. I didn't want to give up immediately and I'm not afraid of workout, so I grabbed the first log from the pile, moved it away, continued to the next and so on. Finally after a few logs, the tiny little viper was caught and moved to a place were it could be photographed. When we were done, we decided to move the poor photo model to a safer place, faraway in the forest. Why? People don't like snakes, and the venomous ones are real outlaws, so sooner or later this girl would be a dead snake, if we would've left her where we found her. Here's two head shots of her and some other interesting stuff I saw this weekend. 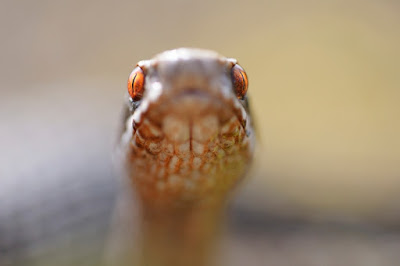 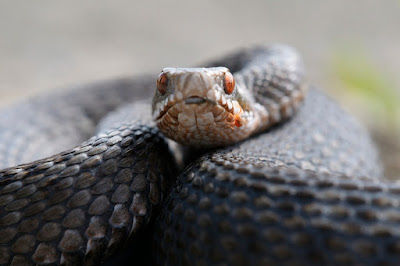 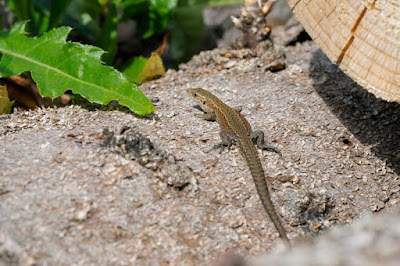 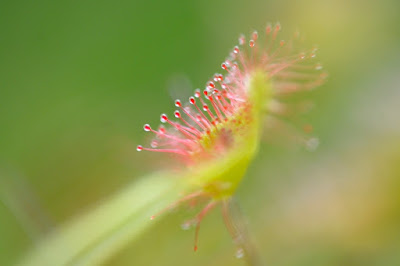 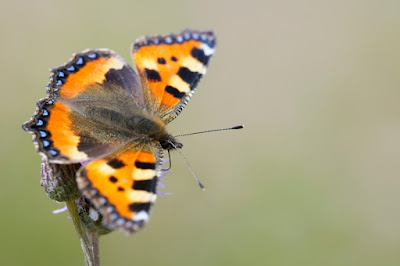 Posted by Georg Fagerlund at 10:28 AM No comments: